Here’s another visual post of the first ‘traditional’ Russian dance show I went to see with my high school field trip back in 2012. (Apparently I have managed to capsule my pictures from that particular era since all of these ‘throwback’ posts are from those years.)

After that, I’ve seen many similarly talented and spectacular performances as well – though they have all played with the same type of visual and theatrical elements of what has chosen to negotiate the representations of authentic Russian cultural heritage.

The venue of the dance show was located in an old historical palace. Obviously marketed for tourists – but definitely worth experiencing, especially for first-timers in Russia! 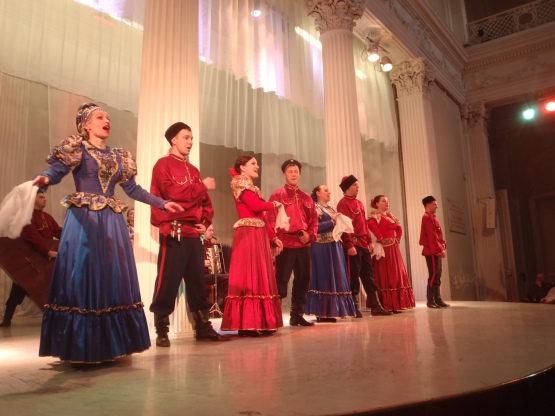 The ‘traditional’ costumes were mostly made in the colours of dark blue and red. 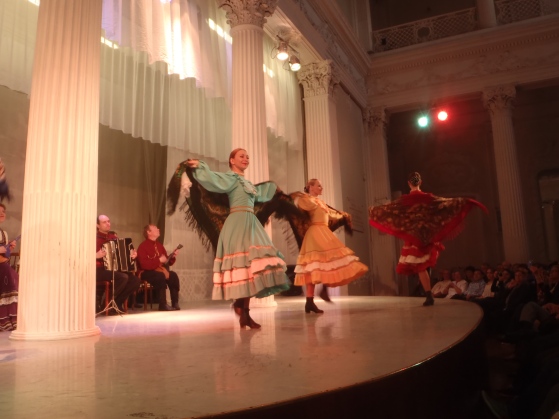 Especially the colourful costumes of the ladies were really pleasing to the eye. The traditional Russian scarves (the small white ones as well as the bigger ones with the famous floral pattern) were a part of the actual movement of the dancers. 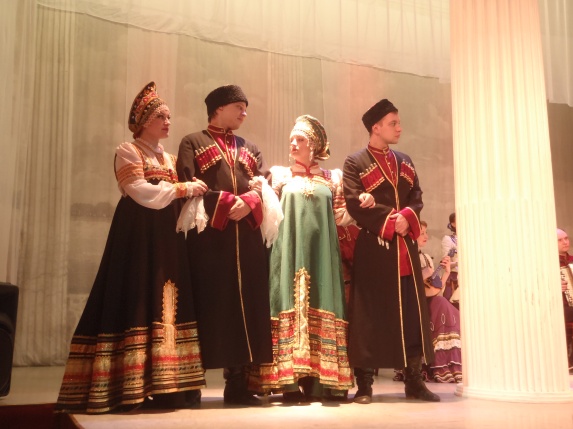 The show was all about strong expressions of (heteronormative) love between men and women. 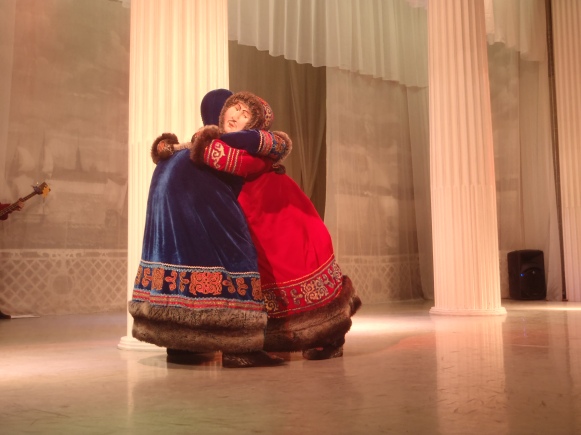 This one-piece-costume is actually something I’ve come up with quite often in Russian performances! Again, we can see two figures in dark blue and red – hugging or fighting in winter clothes.

Especially the male dancers were quite the acrobats, performing huge stunts in order to impress!

Once again, beautiful traditional costumes; making the visual realm an essential part of the choreography and performance as a whole. 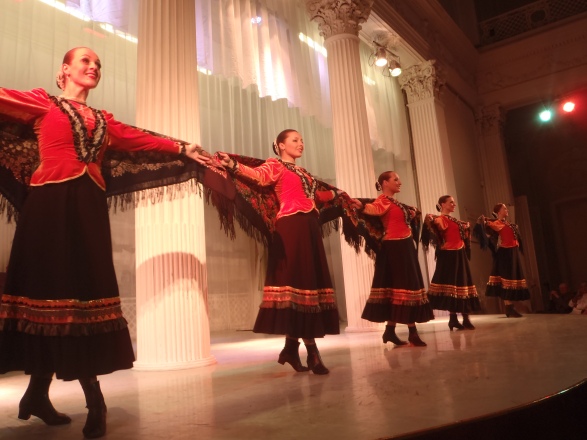 I will end this post with perhaps my favourite picture of the show! Hopefully I will be able to provide you with more up-to-date pics of other kinds of Russian dance performances (more alternative ones, as well).