When I first flew off from my parent’s nest, I was 18 years old, and city as a living environment was completely new to me. I had grown up in the middle of the typical Southern Finnish countryside – fields on one side and forests on the other side of our old country house.

After successfully finishing high school I threw myself into the biggest town in Finland (which nowadays honestly doesn’t even feel that big to me). It was what I truly wanted – though I had no idea how to work anything! Back in the days I didn’t even have a smart phone nor internet connection to help me step by step how to navigate around.

Metro was the first form of public transportation I learned to use in order to get around. It’s probably the reason why I still absolutely love the metro system in any given city as the primary mean of travelling. 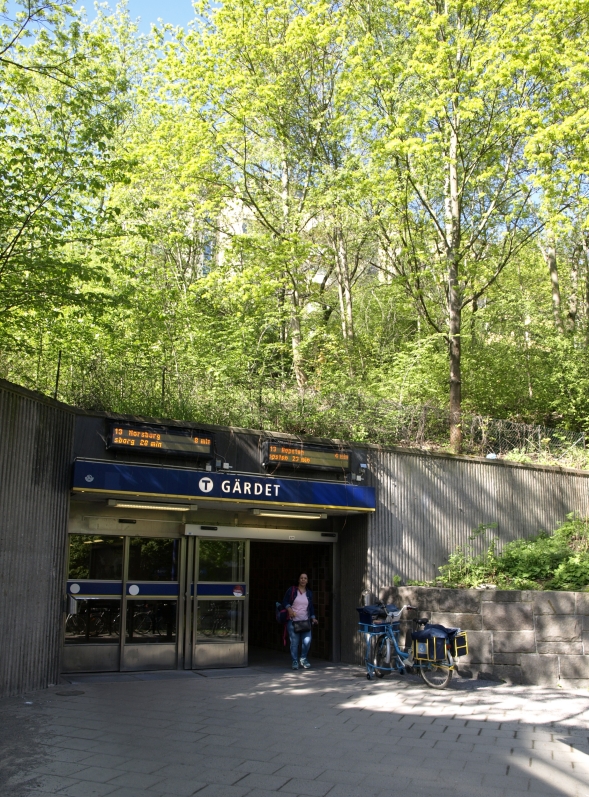 That’s also why I wanted to shed some light into the metro system of Stockholm for those out there that are still too shy to use the public transportation and will rather save up enough money for taxis. Seriously, there is no need – especially in an expensive country such as Sweden where even a single ticket costs almost four and a half euros… Jeez! The full day ticket cost something around 12,50 euros when I bought it beforehand from the info desk of the boat. Okay, it’s not from the cheapest end but at least it is convenient and fast!

The closest metro station to the main port of Stockholm, Värtahamnen, is called “Gärdet”. You may very easily recognize the Swedish metro from the blue T-sign (standing for “tunnelbana”) anywhere where the metro line is going, of course!

The “T-Center” (T-Centralen in Swedish) is the largest connecting station where you may easily switch from one line to another. Trust me, the distances between the stations are nothing compared with the Russian ones…

The different lines are colour-coded (just like in any other big city metro) and basically run only two ways that are named by the final stop. So unless there is a major construction taking place, you simply cannot get super lost (at least if you pay any attention to your whereabouts).

Other cruise travellers waiting for the next one to arrive! 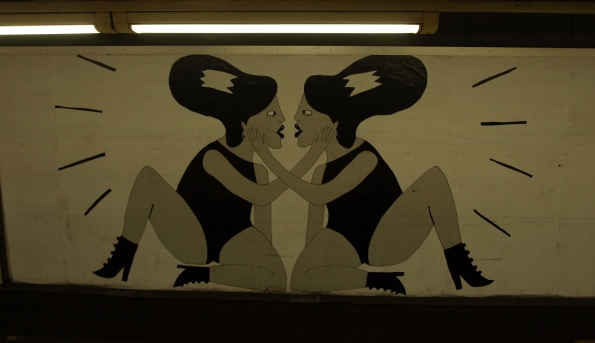 Above some cool metro tunnel art! And below a quick pic of the insides of the vagon.

This was it for this time! Have nice travels – wherever they may be taking place! I’d love to hear your questions and comments below… Stay tuned for the next post on the ‘cruise series’ since after this we move on to talk about Tallinn! (I wonder if I am able to finish these posts before the end of this month…)