Okay, this is the post dedicated for all of you beloved food enthusiasts out there!

I am starting with introducing you to the different kinds of bar/restaurant/taverna venues I found most typical in Kos, then moving on to introduce you to the actual drinks and meals I had. 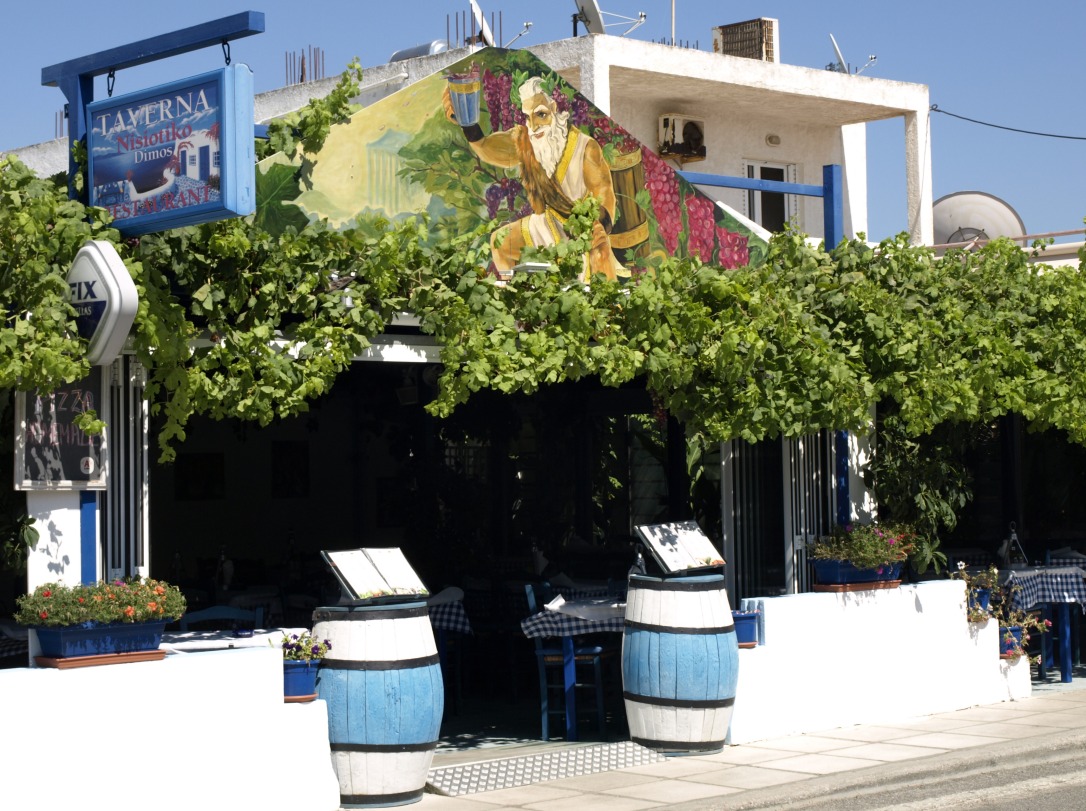 The taverna pictured above had one of the most charming murals in Tigaki; complemented with the genuine vines framing the painting. The turquoise blue and white colour scheme was very popular everywhere in Kos. 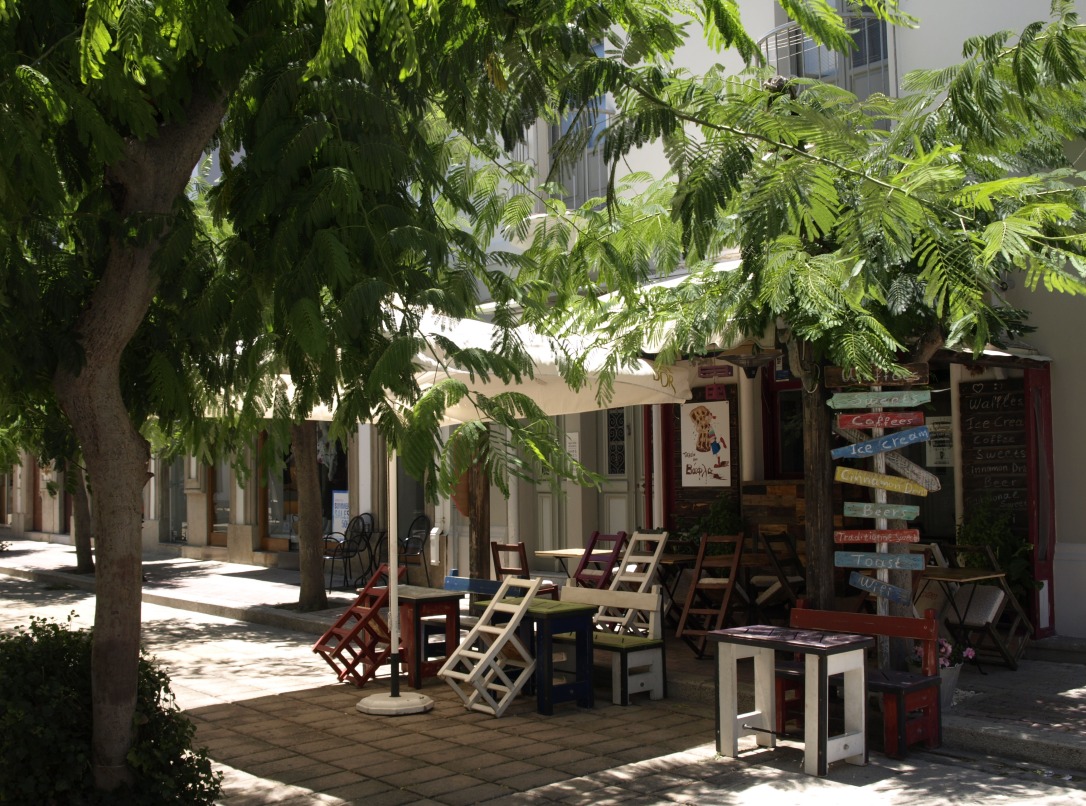 Above one of the cafe bars in Kos town with colourful hipster-kind-of colours.

You could easily retrieve to spend a nice siesta in some of the side alleys of Kos Town after doing some sight-seeing in the Ancient Agora or shopping in the narrow streets. This was one of the most attractive cool, shadowy spots for Scandinavian ghosts like me. 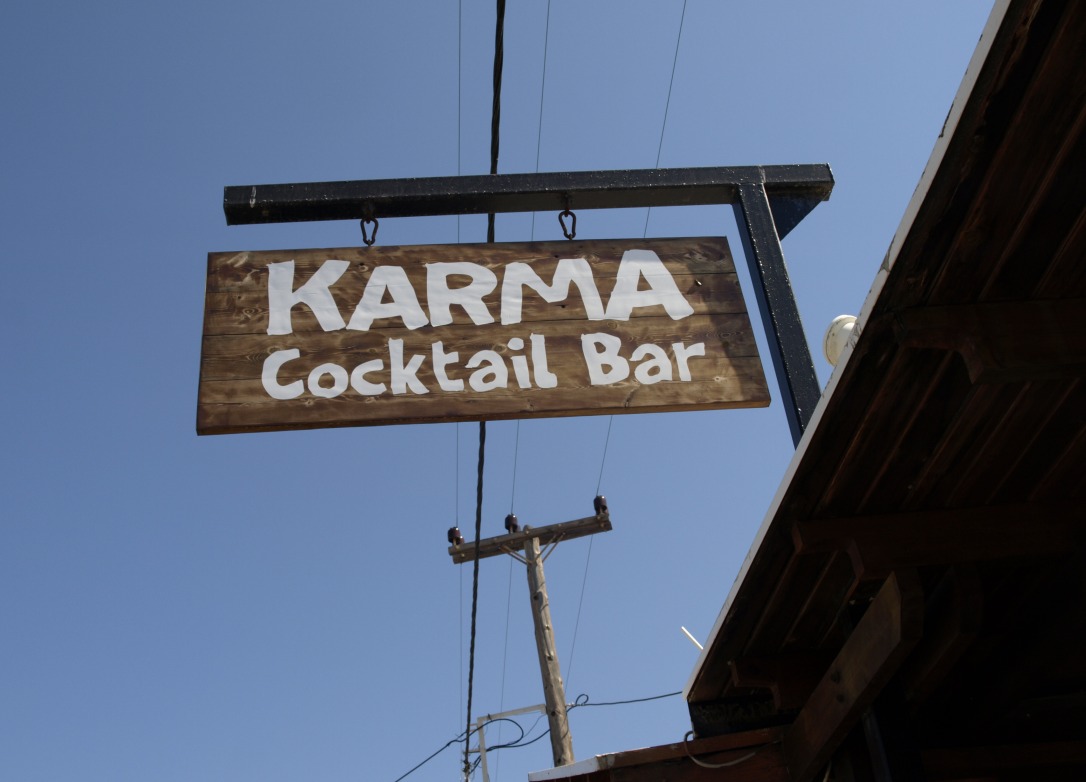 The coctails in Tigaki main street (and even in Kos town) were reasonably priced; varying from 4 euros up to 6 euros – at least less than half of the price in Helsinki. (That’s why people only drink cheap draught beer here because even one pint in the centre of Helsinki can cost whopping 7 euros!) Speaking about beer, a pint of local draught could cost from 2,5 to 3,5 euros even in Kos town. So if you’re into even occasional glasses of any alcoholic beverage, I’d say Kos is your place to go!

Karma cocktail bar allowed a broke-ass student like me to try some of the classic drinks that I’d always imagined having since I saw the 1988 cult movie classic ‘Cocktail’ as a kid.

Obviously I was only a minor in the start of the millennium when I first saw the film but the imaginary was stuck on my mind. Now that I’m an adult and can legally drink everywhere in the world I have left highly disappointed by the lack of cocktails in the drinking culture. Maybe I just haven’t found the right places (due to my not-so-tropical home country and tap-water-friendly budget) or then cocktails are simply out of fashion at the moment? 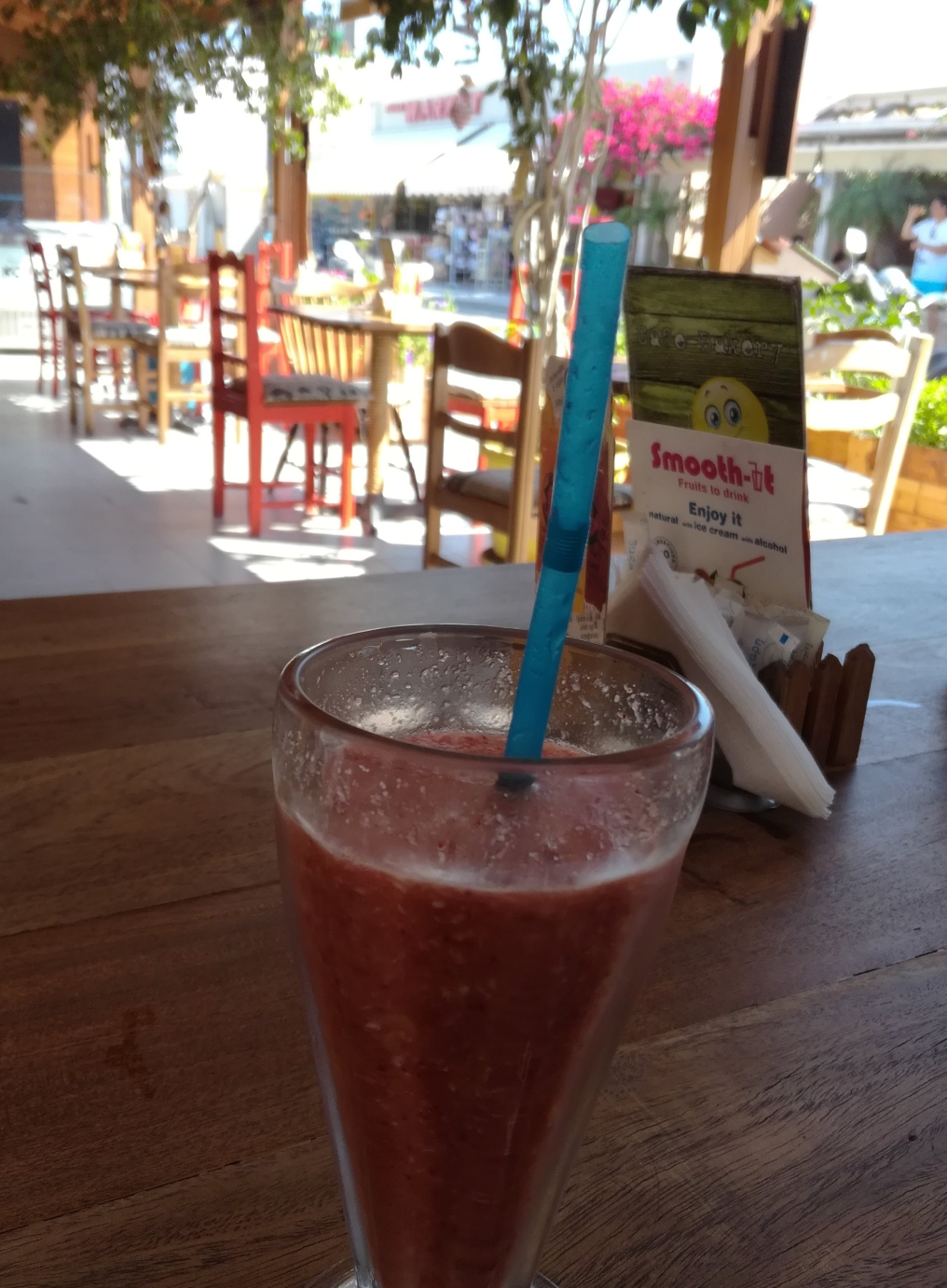 I have to say that in the heat of the mid-summer in Greece, I mostly stuck with cold beverages (such as home-made lemonade and iced tea) and smoothies. The one pictured above had fresh strawberries and coconut!

Many of the restaurants had these removable cloths covering the actual table cloth underneath it. I found the maps to be quite ingenious since they allow you to plan your future day trips across the island – or reminisce the already made ones while you are waiting for your order to arrive.

Another picture of Restaurant Tigaki though usually the place was (luckily for me!) filled with cats spending their afternoon away from the burning sun. 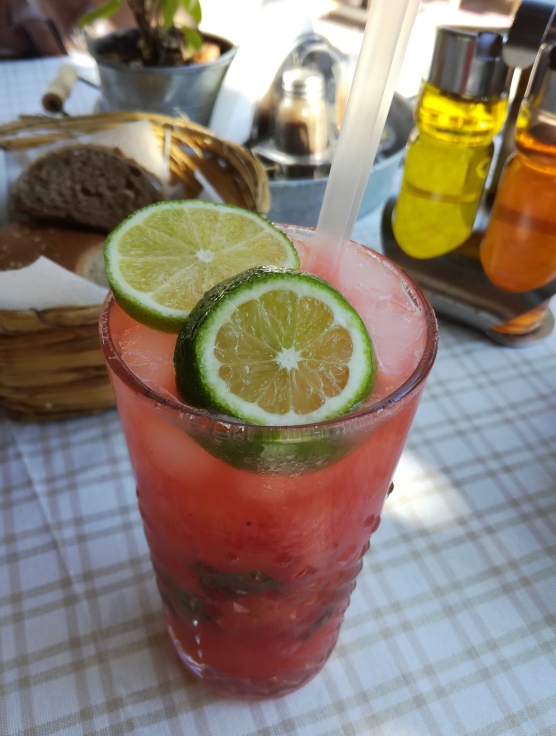 The drinks are cool and flavoured with fresh citrus fruit and herbs. Above is my first holiday drink – a strawberry mojito!

Aaaand the best vegan meal prize goes to this epic vegetable roll that I had on several occasions in the Ammos beach bar. The wrap felt like home-made, the veggies tasted sweet and fresh – and the price was only 4,5 euros for two large wraps that could easily keep the hunger away until the dinner time! Ammos also had a large menu of cocktails and smoothies; some of the latter being vegan-based (made in almond milk). How about a nice banana-peanut butter smoothie to cool you down before a swim in the sea?

I would definitely recommend this place since the food is heavenly good and the etheric playlist goes hand in hand with the white-themed chilled venue. Best prices, music and active staff in Kos! 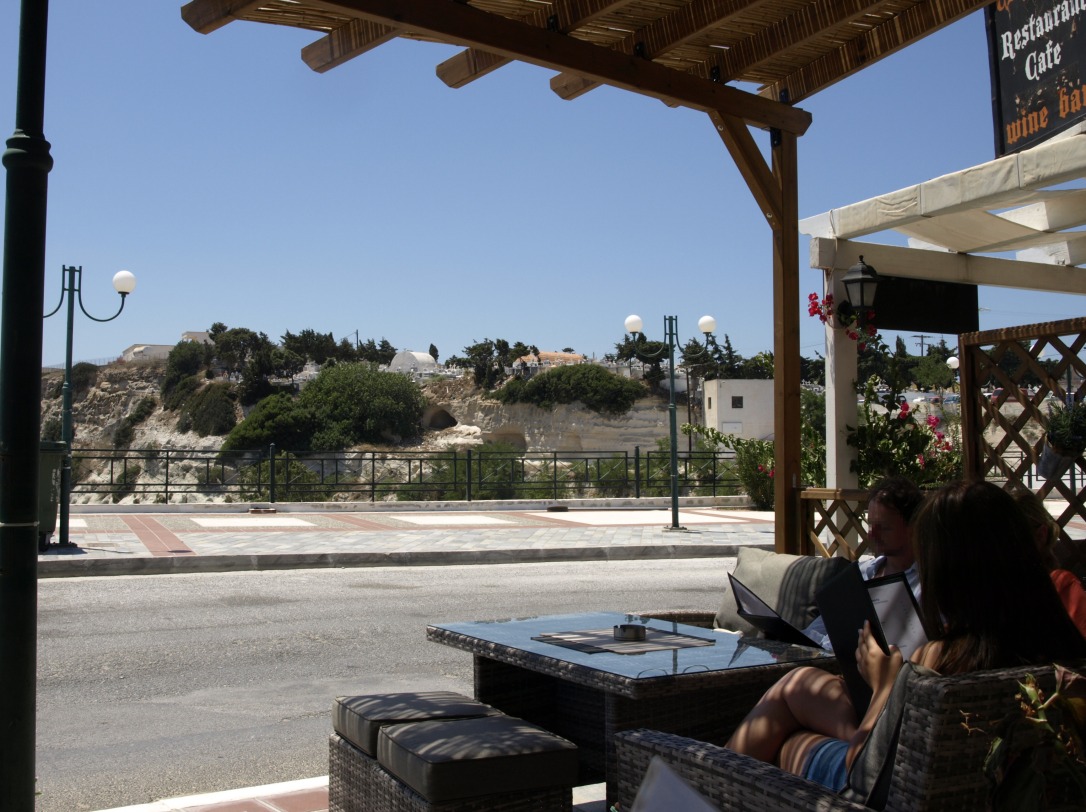 Another cool restaurant with chilling places in the shadow and breath-taking mountain views located in Kefalos.

In general, I’d say that Greece is an excellent holiday resort especially for vegetarians since the Greek kitchen does use a lot of fresh veggies that usually are served with something dairy-based, like feta cheese.

I had these chick pea patties that I flavoured with some locally-produced olive oil and vinegar. Another quite common veggie dish was ‘fried zucchini balls’ that were served with dairy-based tzatziki sauce. Also dolmades (stuffed vine leaves) were served with that sauce – just make sure that they don’t have minced meat in them as well.